Public Notice of test check of voting tabulators: PUBLIC NOTICE           Public Notice is hereby given of the test-check of voting tabulators On Wednesday, August 19, 2020, beginning at 1:00 PM, the election officials from various municipalities will begin checking and/or “test voting” and sealing the Electronic Vote Tabulating machines which will be used in the August 25, 2020 Municipal Elections for said cities located in Shelby County having elections on said date. Municipalities included are: Alabaster, Calera, Chelsea, Columbiana, Harpersville, Helena, Hoover, Montevallo, Pelham, Vincent, Wilsonville and Wilton. Some municipalities may have residents who reside in outlying counties who may vote at precincts utilizing these tabulators. The tabulator voting tests will be conducted at Shelby County Warehouse, located at 280 McDow Road, Columbiana, AL 35151. The testing is open to the public.   For all questions concerning this event, please contact Amanda C. Traywick, Election Official at (205) 663-2161 extension 111.                 PUBLIC NOTICE 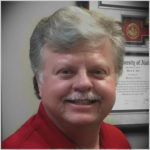 Mayor Mark R. Hall was elected as Helena's new Mayor on October 9, 2012. He took the oath of office on November 5, 2012 to serve as Mayor. He is now serving his second term as Mayor.  Mark is a 30 year resident of Helena. He has one son, Halen, who is also a Helena resident.

Mark is a seasoned professional with over thirty years experience in law enforcement, municipal operation, and corporate management. He has been responsible for the development and successful management of multi-million dollar budgets. Mark retired from public civil service to pursue career experiences in the private corporate sector, giving him unique and invaluable training in both public and private management.

Mark has served as Commander of Investigations for the City of Pelham, supervising several successful high profile capital murder cases from beginning to end. Mark also served as Helena's Chief of Police.

During his law enforcement career, Mark gained experience in public presentation including numerous appearances on local television and radio. Mark once served as a guest commentator on a local TV news special during a live 60 minute television broadcast. His experience also includes participation in design and system implementation on multi-million dollar construction projects related to security and access control.

Mark received his APOST from the University of Alabama in 1981 and his AAD in Criminal Justice in 1988 from Jefferson State Community College. He received his Bachelor of Arts in Human Services/Criminal Justice in 1998, also from the University of Alabama. Mark also attended the FBI National Academy 183rd Session (Quantico, Virginia).