LSV/Golf Cart Registration: Beginning Tuesday January 17, 2023 LSV/Golf Carts will be eligible for registration through the city. Below is the package that each registrant should complete including inspection before receiving their sticker. To set up an inspection please call City Hall at 205.663.2161. 2023_Cart_Registration_Full_Packet.pdf (cityofhelena.org) 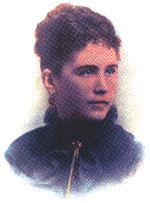 Once a thriving center of steel production and coal mining, Helena went to sleep for a period of time after the depression and devastating tornadoes of 1933. But in recent years, the building of a modern sewage system, newly annexed land west of the city toward the Cahaba River and beyond, the building of an industrial park and a huge demand for housing has boosted construction in Helena. Stemming from the spill-over growth branching southward from Birmingham, the new construction signals another period of rapid economic and residential growth.

Post office records from 1849 refer to the town of Cove, thought to be little more than a crossroads stage stop. The name changed to Hillsboro in 1856. During this time, a highly productive rolling mill was built to manufacture material for the confederate war effort. Classified as "top secret", it continued to operate throughout the civil war, and near the end of the war in 1865, federal troops known as "Wilson's Raiders" razed the plant, burning it to the ground.

During the reconstruction period following the war, the railroads began contributing to the growth in the area. One of the more well known railroads, L&N, sent an engineer name Pete Boyle to survey the land. Upon completing a new train station, he named it "Helena Station" after his sweetheart, Helen Lee, the daughter of a prominent local judge.

The area around the station began to develop and grow, eventually absorbing Hillsboro and officially incorporating as the city of Helena. M.H. Williams, a railroad agent, served as the City's first mayor. Helena was a regular little metropolis by all accounts. It was during this period when the steel mill was reopened by Burwell B. Lewis, Rufus W. Cobb and others. Mr. Cobb went on to become Governor of Alabama and spent his later years as probate judge of Shelby County. 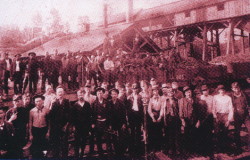 Helena played a vital role in the Birmingham steel industry and growth which continued for many years. Besides the steel mill, Helena had several prosperous coal mines, a variety of retail stores, a couple of hotels and boarding houses as well as a school. Also operating was a large railroad yard, a grist mill powered by Buck Creek and a cotton gin next to the train station. In 1916, it was learned certain errors made in filing papers for incorporation caused it to be invalid. As a result, the city was reincorporated in 1917. Charlie Hinds, grandfather of present mayor Charles "Sonny" Penhale, served as the new city's first mayor.

Hard times hit the city around 1920. The coal mines were almost depleted and closed their operations. About the same time, what was then and is today Conners Steel moved its operations to Birmingham. The town declined rapidly, and not long afterward, the bottom dropped out. Without local employment, many townspeople had little choice but to move elsewhere for work. Then came the depression, and in 1933, one of the most devastating tornadoes in modern history destroyed the town. Thirteen people lost their lives, scores were injured, and 110 houses were completely demolished. Despite the incredible adversities the citizens of Helena faced, the community pulled together to begin anew. Like any small town with a big heart, the people gradually rebuilt. Working hard to restore the town, the citizens envisioned the future we are now realizing.