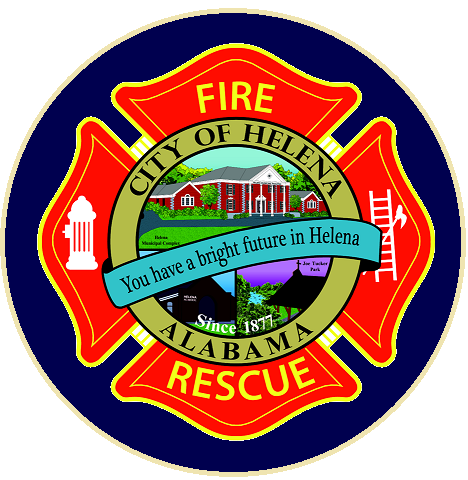 The Helena Fire Department was first organized in 1960 by a group of local residents. Kenneth Mullins, Roy Damron, George Anderson, and Johnny Deviner were some of the department’s first volunteers. The first Helena fire apparatus was a 1953 Ford 300 GPM pumper with a 1954 Mercury engine and was purchased from Harless Fire Equipment in Birmingham. The Helena Fire Department was organized by “committee” and operated without a Fire Chief until 1963. The fire station was located behind city hall on Helena Road.

On February 25th, 1963, Kenneth Mullins was appointed Fire Chief by the current Mayor and City Council. During this time period the department was staffed with approximately 10 volunteers, in 1974, a new fire station was constructed on Tucker Road and a new 1974 Ford 750 GPM pumper was purchased. Chief Mullins served as the city’s first Fire Chief until 1979, and was named Fire Chief Emeritus by the Mayor and Council in 1986.

Melton Dearing served as Fire Chief from 1979 until 1980 when the city hired its first paid Fire Chief. Chief Lonnie Thompson served approximately 6 months and returned back to his home department of Shelco. Chief Russell Sprouse served briefly in the fall of 1981. On May 25th, 1982, Gary Penhale was appointed Fire Chief. Chief Penhale ushered the department into a new era, EMS. Chief Penhale established the first ALS rescue unit and grew the department to more than 20 volunteers. The first paid firefighter was Hoyt Acton. The Helena fire department continued to grow under Chief Penhale’s leadership to include the purchase of three new fire apparatus and two used rescue units. Two new stations were constructed and 14 paid personnel were on staff prior to his retiring in 2004.

On May 16th, 2005, Captain Peter S. Valenti was appointed to Fire Chief. Chief Valenti continued to grow the department to include three stations, 18 full-time, and 7 part-time personnel. In 2007, the department purchased its first aerial apparatus, and soon took delivery of a new 2008 pumper. The department received substantial grant funding under Chief Valenti’s leadership and a considerable amount of equipment has been purchased.

On March 5, 2009, in an effort to have more personel time with his family, Chief Peter Valenti stepped down to the position of Deputy Chief/Fire Marshal and Deputy Chief John Wilder was promoted to the position of Chief. Currently Helena Fire Department has grown to 23 full-time employees and 12-14 volunteers.

Helena Fire Department would like to go over a few home safety tips in this newsletter. We all know in school that our kids have fire drills to practice and how to get out of a school if there is a fire or an emergency situation. Here are some tips to use at home to make your house a even safer place in case of a fire.